In November we looked at What Employers Need to Know – Choosing a Health Plan, the price of health insurance, compared small and individual market plans and costs—and made some predictions. It was not a stretch to predict that health insurance carriers who were not making a profit would continue to raise rates. Predicting what the Trump Administration and Congress will do now is more problematic.

It is widely assumed that any major changes to Obamacare that would affect millions of Americans will take at least a couple of years to implement. It took several years for the current system to go into effect. Even with all that planning, the federal government still had to coax health insurers into the individual health insurance exchanges by setting up risk corridors (essentially reinsurance policies in case insurers lost too much money). 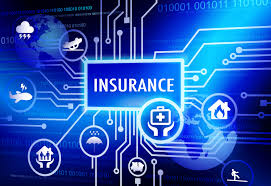 After the Senate changed the rules in 2015, carriers only got about 12.5 cents on the dollar of what they were initially promised from the risk corridors. If Obamacare is repealed and replaced, implementing an alternative would be a difficult undertaking. Carriers would have to actuarially start from scratch again to develop realistic pricing models just like what took place under Obamacare. And who knows if and when that would take place, since there is no reservoir of goodwill between the federal government and private carriers.

Whatever is discussed, planned or implemented on the healthcare horizon, you can be assured that Cardinal Services will be in the forefront of providing you with the latest news, advice and services to help your business stay compliant. We’re committed to providing your business the workplace solutions that support your company’s continued success